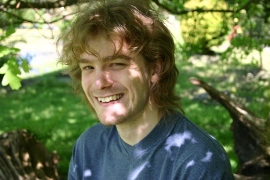 After honing his sound engineering skills on London’s South Bank, Dan has been at Orchard for over 10 years. He has engineered for a vast range of artists and producers (such as Nigel Stonier, Sam Hollyman, Jackie Trent, Thea Gilmore and Mike Cave) and has recorded everything from jazz bands to the sound of flushing toilets!

As a session musician, Dan has played in a number of different lineups including with the Birmingham Philharmonic Orchestra and with Mike Heron and Rod Clements (of The Incredible String Band and Lindisfarne). Dan’s credits include sessions on BBC Radio 2 and Radio 4, Sky TV and many festivals and concerts. Dan plays regularly for Thea Gilmore and can be heard on her latest album out on Island Records.

Dan, who has also worked in Commercial radio, engineers and produces radio adverts and other content.